The estate Pineta is situated between the current estates Prinsenhoef and Sparrenhof. Pineta is part of the large nature area called Schaapsgoor that for centuries consisted of  moors and marshes.

The estate was mid 19th century – then moorland – part of the estate Prinsenhoef, was owned by King William II. He used the estate for hunting. In 1909 Deelen, medical director of the RK Gasthuizen (hospitals) and prominent surgeon, bought the plot. He built there a villa and a forester’s house. Thus the hunting area became also residential area. The current owner, who acquired the property in 1983, continued this practice. At present there is a spacious bungalow on the plot and a building block.

Dr. Deelen decided to ask the renowned landscape designer Maréchal from Den Bosch to design an afforestation plan. Maréchal designed an attractive plan with a parklandscape at the frontside of the plot and at the backside he created a design with main lanes, paths, narrow switchbacks and a winding pond. In his draft there was inter alia a variety of foliage and needle trees. This has resulted in an heterogeneous forest  with an afforestation rate of about 80%. The estate is special due to the fascinating, very varied flora and fauna, which may be partially called rare. Besides a unique douglas lane of 700 m, you will find there also oak, beech, maple, acacia, Japanese maple, larch and the Corsican pine tree, including majestic specimens of more than a century old. In addition there is a variety of mushrooms and plants. Also large parties of pretty rhododendrons and ferns are spread over the plot. The fact that lichen is found here is an indication of very clean and healthy air. A wide variety of mammels and birds live in this habitat, also two unique types of forest ants with their antheaps. Deer feel at home and they even are coming close to the house and also hawks, herons and sparrow hawks come across. You can quite regularly hear an owl or woodpecker. Stonemartens, newts and hedgehogs live here, butterflies flutter around, bats, voles, Siberian chipmunks, kingfishers, honeybuzzards and dragonflies feel themselves right at home. 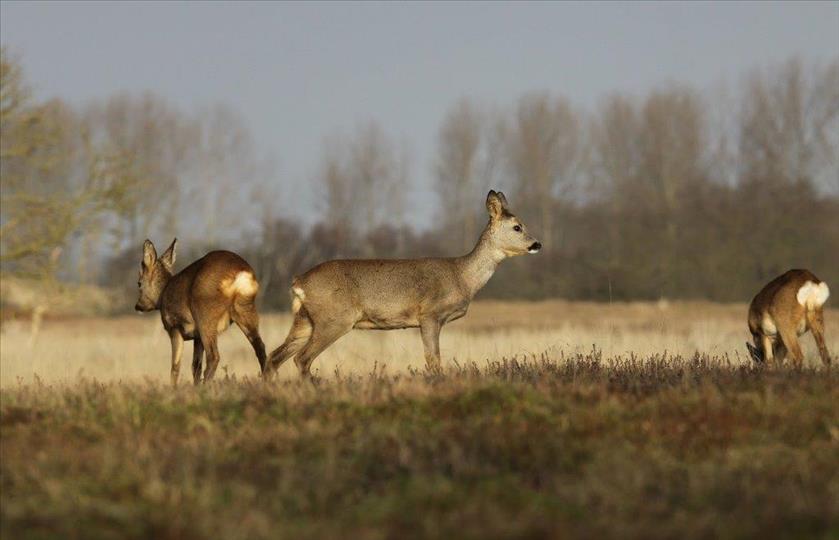